When you book with an account, you will be able to track your payment status, track the confirmation and you can also rate the tour after you finished the tour.
Sign Up
967

All prices in US Dollar

Enjoy a private day tour from your hotel in Cairo or Giza to visit Giza pyramids where you visit Cheops Pyramid that known the great pyramid of Giza also you see Chephren & Mykerinos Pyramids.Then visit The Sphinx Statue and Valley Temple right there our guide will assist you to take professional photos.

Continue your day tour to visit Memphis City that was the ancient Capital of Egypt during ancient Egypt. End your day tour by Visiting Sakkara Pyramid that also known as the Step Pyramid of King Zoser . Our Guide will drop you off at your hotel.

Sarandeep Tours representative will pick you up from your hotel to enjoy an excursion to:
Giza Pyramid Complex:

The complex includes three main pyramids, six little pyramids, the great sphinx and the Valley Temple. The complex dates back to the 4th dynasty 2400 years B.C.

It is the oldest and largest of the three pyramids of Giza plateau and the only one to remain intact from the 7 Wonders of the Ancient World. The height of the great pyramid is 147 m, the number of stones used in construction is 2,300,000 and it took twenty years to be built.

It is the largest statue in the world, standing 73 m. long, 19 m. wide, and 20 m height. It is the oldest known monumental sculpture.

A Granite mortuary temple used by Ancient Egyptians for the mummification process and this is the only remaining one at Giza plateau
Proceed to have your lunch at a local restaurant in Cairo, then join your private guide to visit Memphis City:

The 1st capital all over Egypt founded by King Menes, It occupied a strategic position between Upper & Lower Egypt. Memphis was believed to be under the protection of the god Ptah, the god of creation and artworks.

It is considered to be the earliest large-scale cut stone construction; it dates back to the reign of King Djeser who ruled Egypt during the 27th century B.C. The step pyramid consists of 6 steps built atop one another with a height 62m.

Finally we transfer you back to your hotel 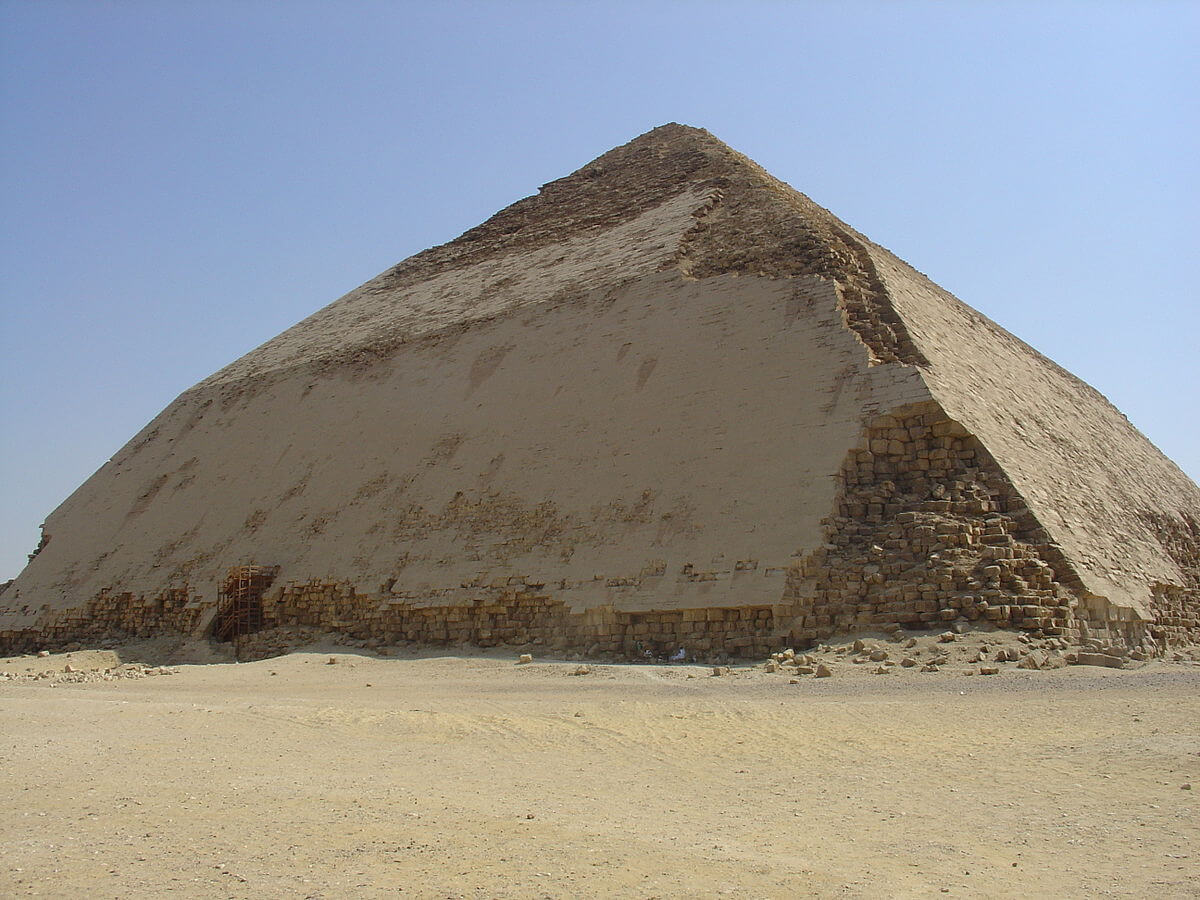 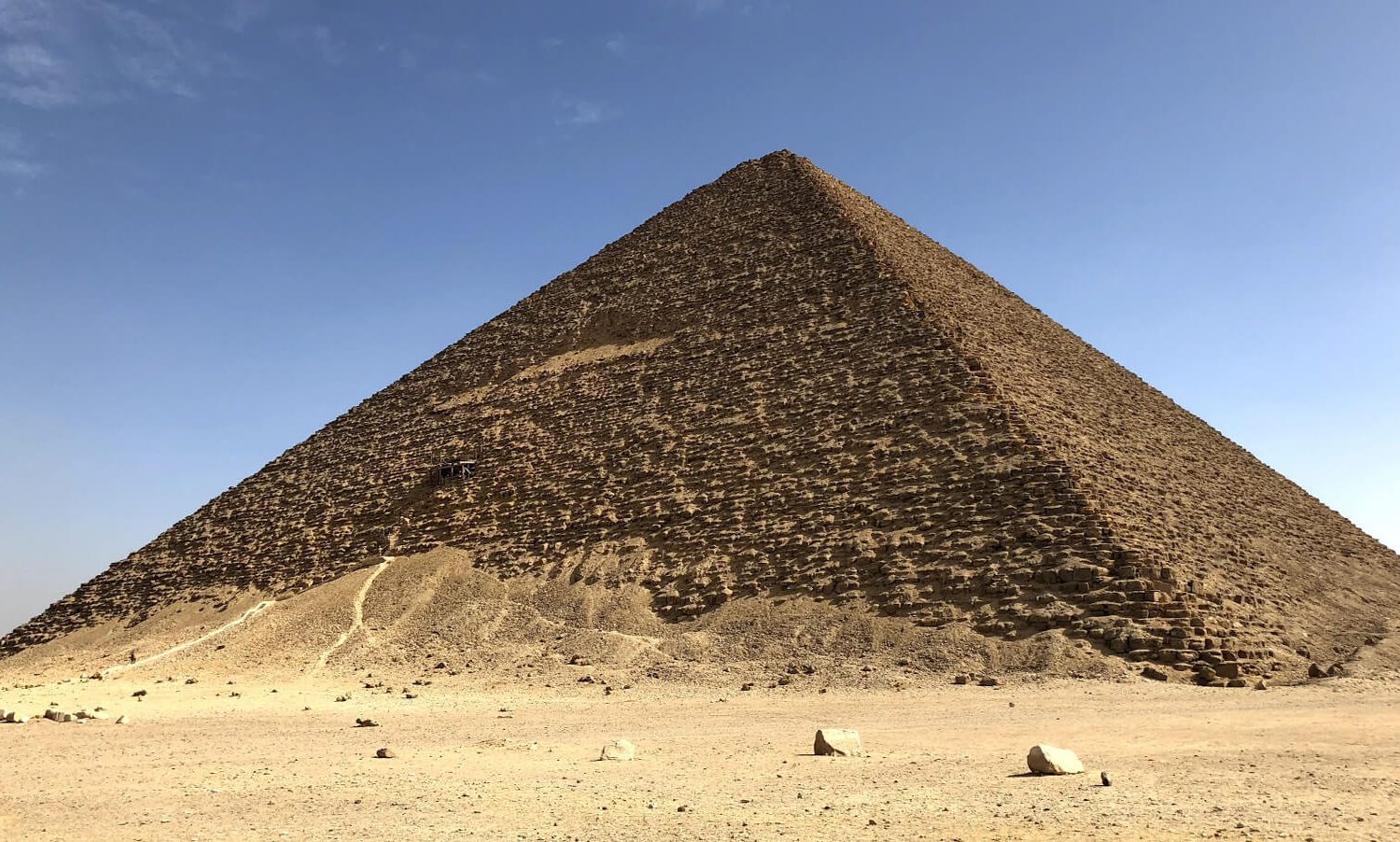 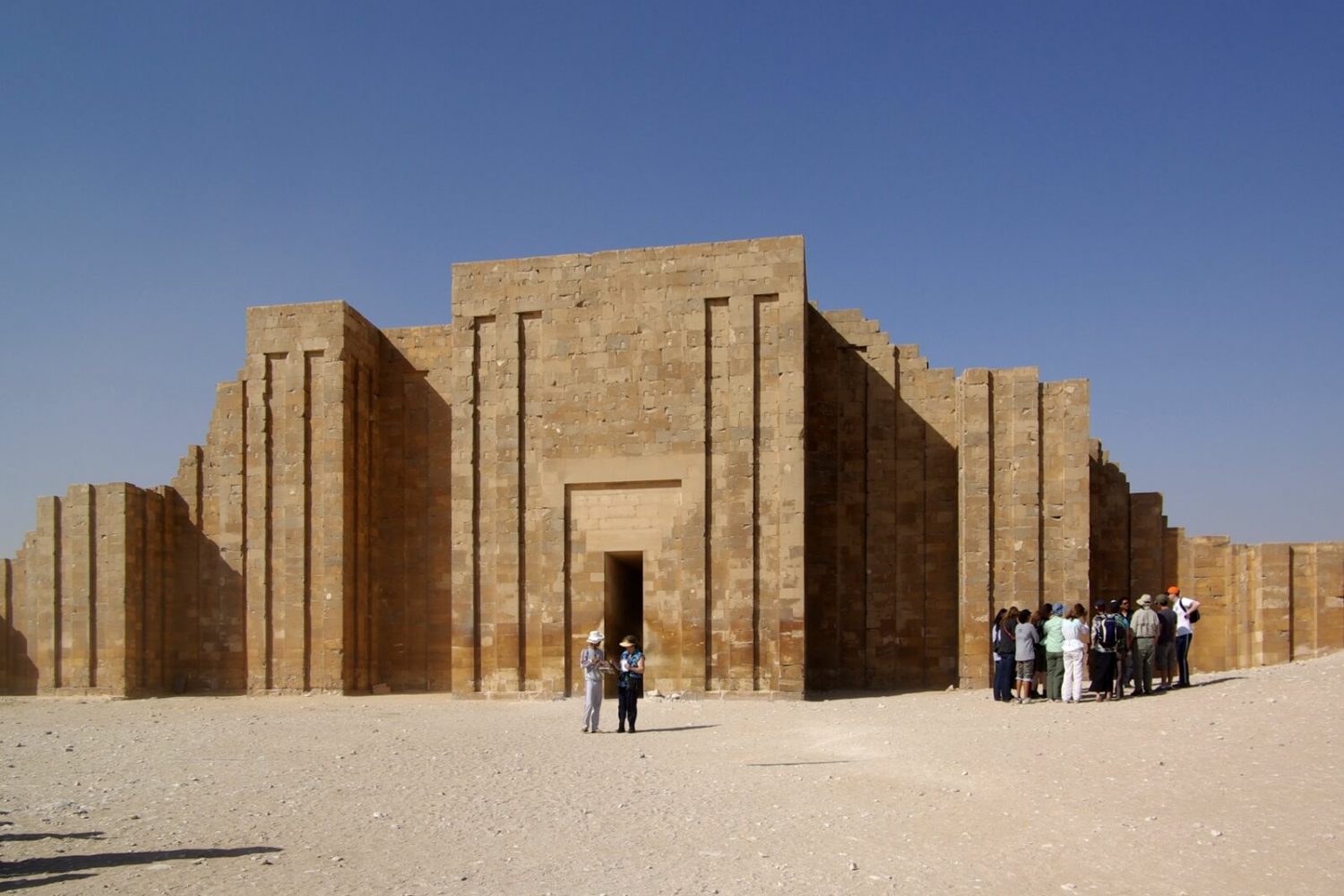 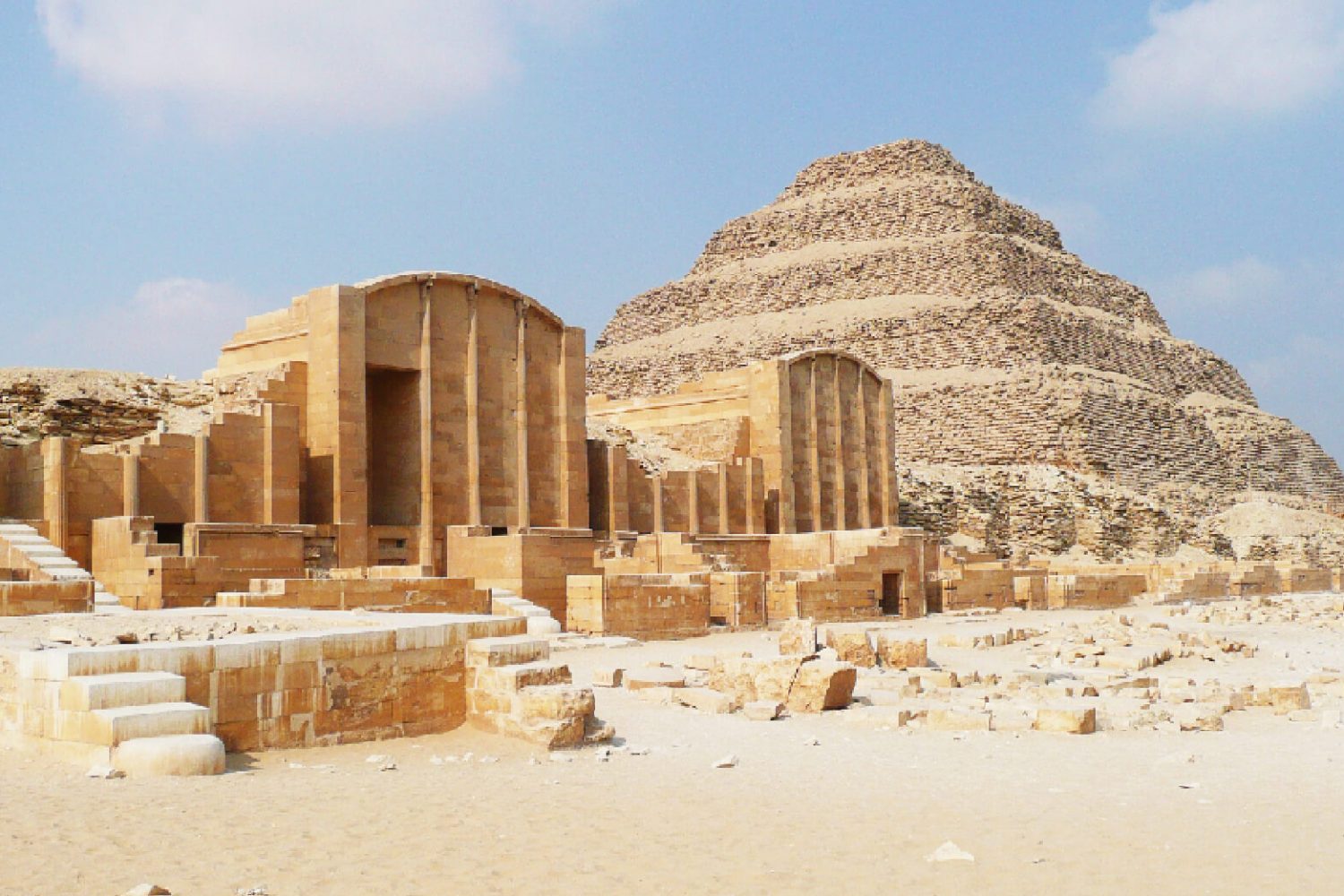 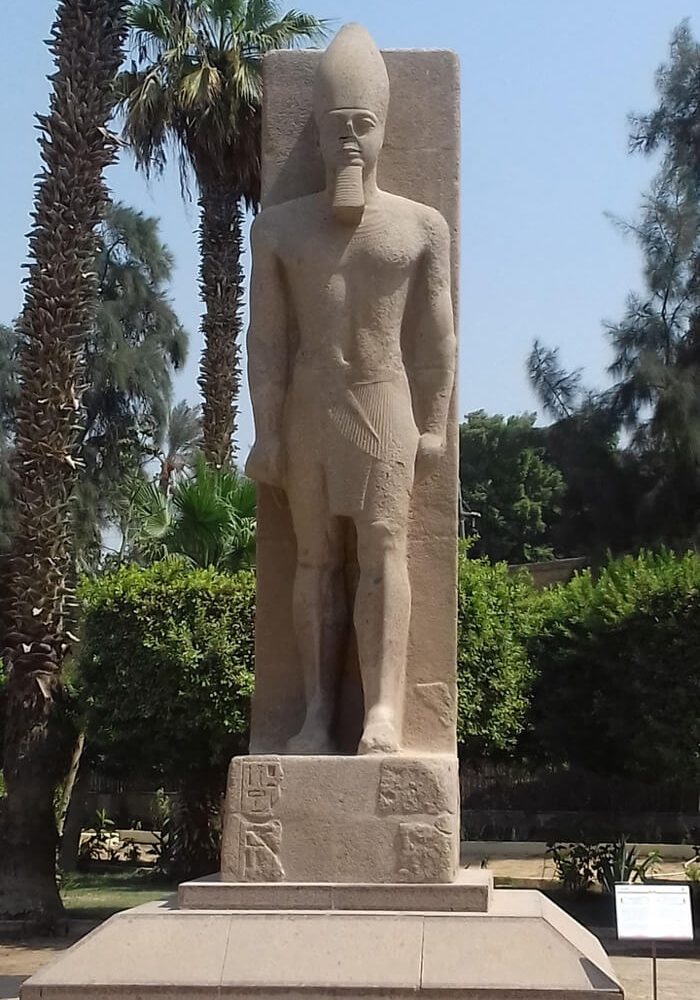 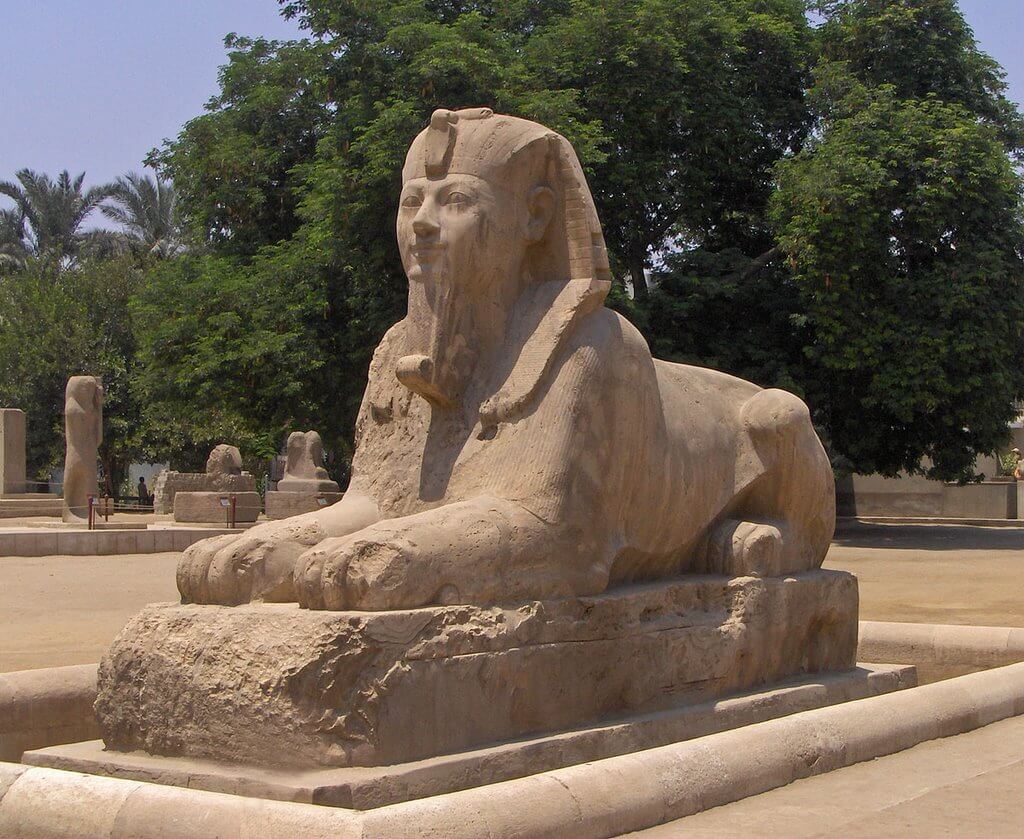 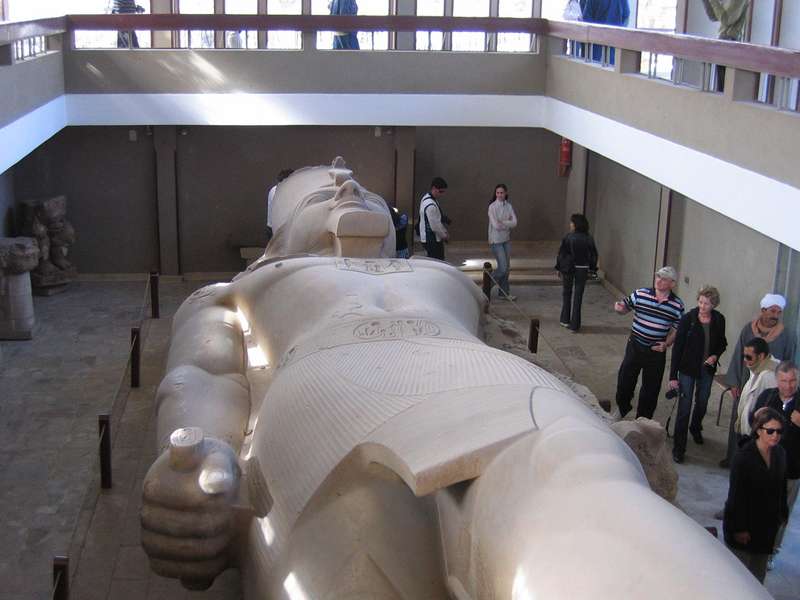