2 Day Tour to Abu Simbel and Safari Tour from Aswan

When you book with an account, you will be able to track your payment status, track the confirmation and you can also rate the tour after you finished the tour.
Sign Up
744

2 Day Tour to Abu Simbel and Safari Tour from Aswan

With Sarandeep Tours enjoy an amazing tour from Aswan to Abu Simbel including Safari Trip from Shokan Mount with 2 stops and trekking till the lake, then enjoy the natural view riding the boat and visit Abu Simbel Temples of Ramsess II and Queen Nefertari.

11:00 am you will be accompanied by your guide and driver to Abu Simbel for about 03 hours drive. Upon you arrive, you will start your Safari Trip from Shokan mount about 15 KM from Abu Simbel with 2 stops taking some photos for Sphinx and Shitan Mountains.

As soon as we arrive to Shokan Mountain, trekking for 2 KM till arrive to the lake. Ride the boat and enjoy the scenery of the natural view of the lake with taking some photos to Abu Simbel and Bird Mountain which called The White Mountain. Back to stay that night at hotel in Abu Simbel.

After breakfast at hotel, you will be check out then pay a visit the two Temples of Abu Simbel, with their unique style, are considered to be the masterpieces of ancient Egypt. They reflect the glory and grandeur of the new Kingdom. The Egyptian government and UNESCO decided to co-operate in order to save these temples from the flood. The Temple of Ramsses II was dedicated to the four universal gods Ptah, Re-Her-Akhtey, Amun-Re, and to Ramsses II himself.

The great Abu Simbel temple is also called The Sun Temple of Ramssess II.The Temple of Queen Nefertari is also Called Temple of Hathor who was the wife of the Sun God so in a symbolic way, the two Temples, that of Ramsses II and that of Nefertari, bring Ramesses II, Nefertari, Hathor and the Sun God together as one. Lunch at local restaurant in Aswan with free time at leisure before you travel back to your hotel in Aswan. 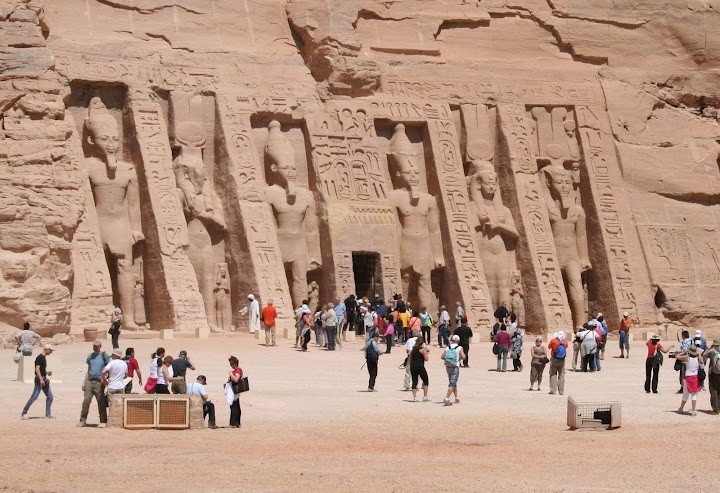 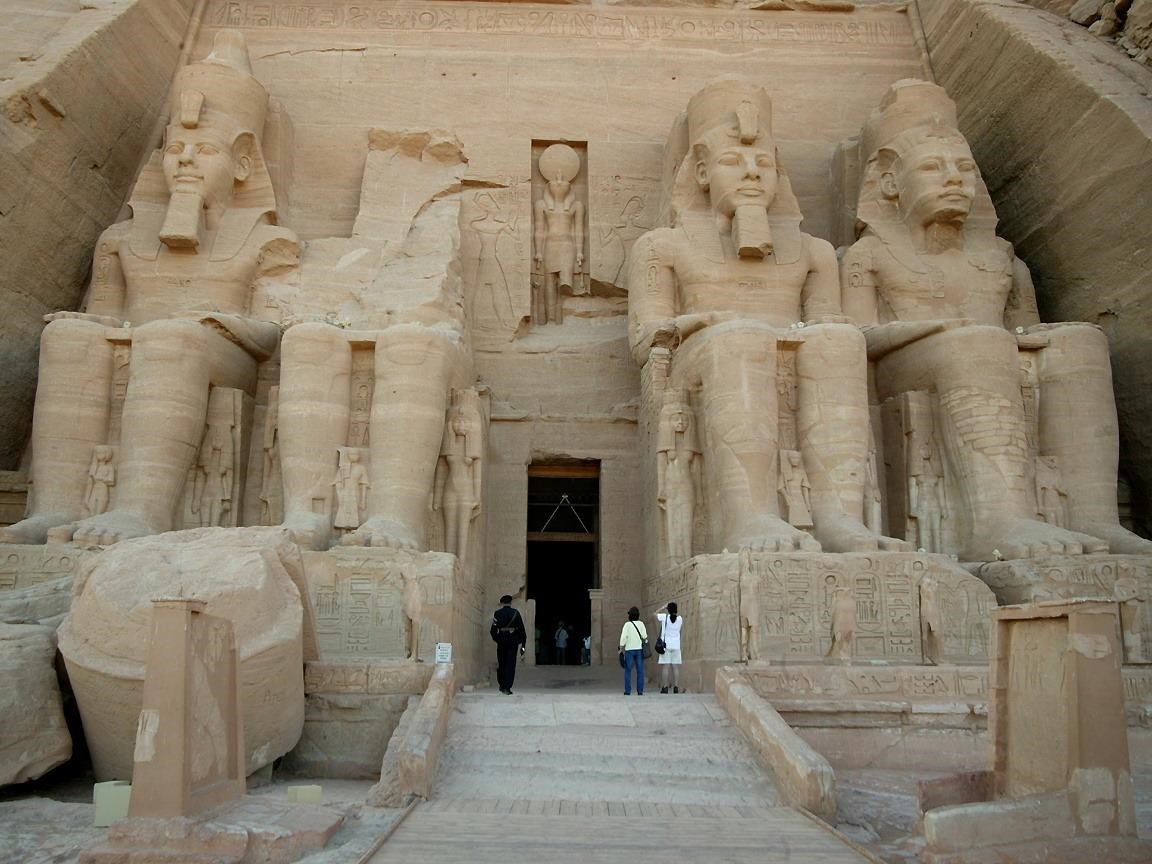